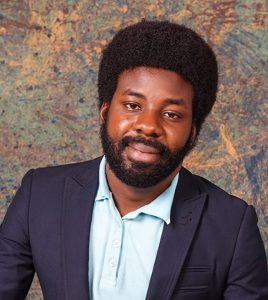 Korede Olawoyin is a Graphic Artist, Web Developer and also a Christian Apologist. Korede has been engaging Muslims for more than a decade, he has moderated and has been involved in dialoging with Muslims through the platform of Love A Muslim Ministry.

Korede has been invited to speak in Seminaries, Churches, Special Group Training, he also participate as a facilitator at a yearly specialized Muslim Evangelism Training (LAY Institute) in one of the prestigious Seminary in Nigeria, the West Africa Theological Seminary (WATS).

He has successfully used information technology to advanced the course of the Gospel, one of such example is his Youtube Channel (S Apologist), a channel dedicated to equipping the Christians on their faith and also helping them teach the same to other through the videos of Seasoned Apologist in the field. This channel attracts people from around the world, with his highest subscribers from the US.

Korede organizes a yearly Apologetic Conference “The Seasoned Apologist Conference“, a conference dedicated to helping Christians understand their faith and defending the same against the attack of skeptics and Muslims. He runs a website with the same name (www.seasonedapologist.com), a site dedicated to answering the questions of the Muslims and also critiquing Islam, Sam Shamoun, one of the leading Christian Apologist to Muslims is one of the writers on the website.

He is also the CEO of Naija Gospel Radio, an Online Christian Radio dedicated to spreading the Gospel of our Lord and Saviour to the world through digital means.

He also manages a consulting firm especially for Churches known as i-Church Resources, a firm that is focused on helping the Churches and Ministers maximize the Social media tool for the benefits and expansion of their God given ministry.

Korede has written about two books, namely; “Allah’s Paradise” (Also available on Kindle) and “How to Minister to Muslims through Facebook”. He currently has two more manuscripts waiting for publications.

Korede loves reading, and playing games ones a while, he also enjoy visiting the Cinemas. He is happily married to Benedicta and they live in Lagos, Nigeria.