It is no news that some Muslims have been attacking Nabeel Qureshi before and during his ailment, many videos have been made about him, articles written and all sort of information flying over the internet space over about this young man, now, you would expect that this should end immediately after his death, well, not really.

During the memorial service, Prof. James Tour talked about how has mentored Nabeel Qureshi when he was alive, surprisingly, a Muslim Youtuber who goes by the name MuslimbyChoice  whose major videos uploads have been of Christians, either misrepresenting them or chopping up some part of it to says what it does not say actually uploaded a video completely misrepresenting what the professor said and titled his video in such a fashion to suggest that Nabeel Qureshi was skeptical about the Bible!

One wonders how critiquing a portion of the Bible for in depth analysis means you are skeptical about the Bible, is he suggesting that Christians should not evaluate the Bible? Could this be a belief  in Islam that critiquing the Qur’an means you no longer trust and believe in the Qur’an? That kind of thinking, I cant fathom.

The interesting thing is that while Ravi during his presentation mentioned some internet trolls whose life mission is not only to misrepresent others, but to attack and frame up information about them, his statement might not really make so much sense to a lot of the viewers, especially those who are not familiar with these individuals, but for those whose regularly engage them online, its only a confirmation of what they have been known for, for years.

Is it surprising that Dr. James White made a similar statement about one of those individuals online who picks on his videos, edit them and make them say what he does not say?

MuslimbyChoice, whoever is behind the channel has been a home for most Muslims who are interested in the Christians-Muslim issues and discussions, but how sad they have to fed with not only wrong information, but a spread of bitterness and hatred toward another person. This might sound like a personal attack, but, if you have that in mind, I am about to prove you wrong.

In his own words, MuslimbyChoice made some very nasty statements about Nabeel Qureshi and the whole funeral services, below are some of his utterances. You migght need to click on the images to expand the view. 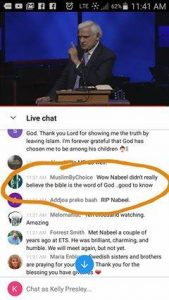 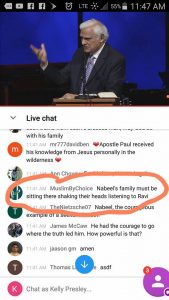 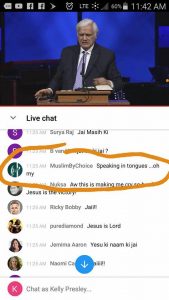 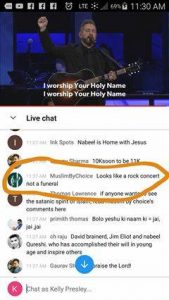 How clearer can this get? How low can one go not to show any remorse, but continues with his attack not only on Nabeel now, but the family as well.

I understand some Muslims will tell me right of the bat that they do not endorse or approve of his words and action, and what do we expect from such Muslim? Talk to him and rebuke him for what he has done right?, well again, you are wrong, he can continue doing it, so far they can distance themselves from him.

Such is the case with Yahya Snow, he was actually referring to me writing an false article about him and taking his words out of context, just so I am not accused of this again, here is what Yahya actually said, that others are free to make videos about Nabeel’s days but not him. 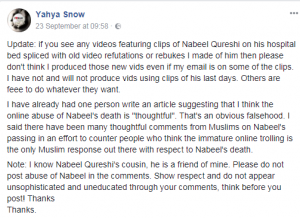 So what difference does it makes when others make use of your videos to do what you claim you would have never participated in, yet you could not call them out? What the essence of this in the first place, does that change anything, and telling folks that you know Nabeel’s  cousin does not change anything either.

The sad truth is that, the attack are not going anytime soon (and I mean on Nabeel as it is evident that others will be on the spotlight of their attack once they have had enough of Nabeel Qureshi), again, how do we encourage and bridge the gap between the Christians and Muslims when we have people who are not willing to make this happen?

2 thoughts on “And the Attacks on Nabeel Qureshi Continues”