Majority of the Muslim world recite the Qur’an in the readings of Hafs, this happen to be the most widely recited and used readings among the Muslim, even though there are other readings such as Warsh, Ibn Kathir, Qaloon, Al Douri etc.

Why Is the Work Relevant?

Muslims have been attacking the Bible from different point of views, historical, manuscript evidence, source etc. One of the things Muslims find offensive and think it is a disadvantage to the Bible is the openness of the Bible Scholars about the textual history of the scriptures.

When a Muslim sees that tiny little note on the footnote of RSV “some ancient manuscripts do not have this word” he goes like “what’s this in the word of God?” The reason why they question this is because they do not have or have not been introduced to the textual history of their book, the Qur’an. This is the reason why Muslims will also chant “the Quran has been protected even to the dot and letter”. 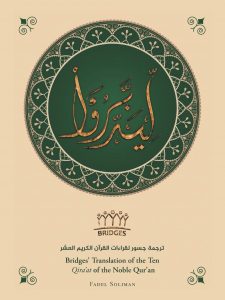 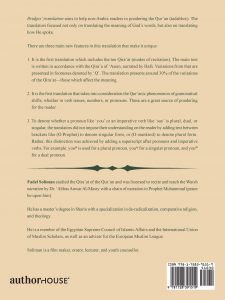 According to the Muslim traditions, the Qur’an has been revealed in seven ahruf (Muslims Scholars are not unanimous on what this exactly means), because of the complexity of the difficulty Muslims have in reciting the Qur’an, Uthman during the process of compiling the Qur’an made the 7 ahruf into one in order to eradicate the confusion associated with the 7 ahruf among the early Muslims. Out of the one ahruf Uthman made comes the different Qir’at the Muslims have today. In other not to go into all these historical details, in the Muslim world today, there are over 10 readings or modes of reciting the Qur’an, but there are about 10 which are very much attested to among the Scholars.

Now, the common Muslims today have the opportunity (without being a Scholar) of accessing the variant readings of the Qur’an and some of them indeed changes the meaning. The reason why this is important is because, some of the attack on the Bible on the issue of variants will gradually be relegated to the background and seen as a weak argument against the veracity of the Bible

If you do like to  see the some of the variants that changes the meaning, please click on the link to read them up.

The Muslim Scholar who worked on this project is by the name Fadel Soliman. He studied the Qir’at of the Qur’an and was licensed to recite and teach the Warsh narration by Dr. Abbas Anwar Al-Masry with the chain of narration of Prophet Muhammad.

He has a master’s degree in Sharia with a specialization in de-radicalization, comparative religion, and theology.

He is a member of Egyptian Supreme Council of Islamic Affairs and the International Union of Muslim Scholars, as well as an adviser for the European Muslim League.

Soliman is a film maker, orator, lecturer, and youth counsellor.